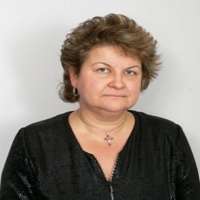 Ivet B Koleva, MD, PhD, DMedSc is a Medical Doctor (1986; Medical University of Sofia, Bulgaria), a Specialist in Physical and Rehabilitation Medicine /PRM/ (1990) and in Neurology (1995), with European Certification in PRM (2008). She has completed three scientific theses: PhD in PRM (2004), PhD in Pedagogics (2013), Doctor of Medical Sciences in PRM (2009). She has worked as Associated Professor (from 2006) and as Professor in PRM (from 2010). She is Professor at the Medical University of Sofia, Bulgaria. She has published more than 100 papers in Bulgarian and international scientific journals, author of a lot of monographs and manuals in the field of Physical Medicine and Rehabilitation, Neurorehabilitation, Neuro-ergotherapy, Grasp and Gait rehabilitation, Functional evaluation, Pain management. She is the Co-author of the Bulgarian National PRM Standard (2004). During the period 2007-2015 she was a Member of the PRM Section -European Union of Medical Specialist.